Although Redhead Equipment is celebrating our 30th anniversary as a Case IH dealer, one of our employees recently hit an important milestone of his own. In 2020, Henry Oborowsky celebrated fifty years working as a Case IH Service Technician.

Growing up on a farm near North Battleford, Saskatchewan, there wasn’t enough farm land for him and his five siblings to share, so he had to figure out something different. He recalls being as young as ten and helping his dad fix equipment on the farm and loving it: “You can beat on that iron and you can’t hurt it – but it can hurt you!”

In 1970, he sought out a career where he could continue to fix things. At 22 he came to a fork in the road when he was offered two jobs on the same day: working at the local hospital in maintenance or at HLS Equipment, the local IH dealer. It proved to be an easy decision and he never looked back.

With this new job Henry’s lifelong passion of fixing things became his day job. At HLS, he worked on the first IH combines in the North Battleford area. As time passed, he’s seen equipment significantly evolve. Fifty years, after all, has seen leaps and bounds in technological advancements. Henry says of course technology has been the biggest change in equipment: “The old stuff is the best. There are tons of the old models that are still being used. They have fifty years on them and they’re still going strong”.

Along with equipment, he’s also seen different ownership over the years. From HLS to Hamilton International, then Norsask Farm Equipment to Redhead Equipment, all the while Henry kept his customers in the field. It’s not very often old equipment comes into the shop, but when it does he’s the go-to or helps out the other techs when they need assistance.

Henry’s work ethic can be summed up in few words: “When I come to work in the morning, I go to work.” He knows the job doesn’t always end at five o’clock and he says, “If it’s busy, you never know when you’ll get home. I’ve been out at late as 3 o’clock in the morning and then back to work the next morning, but I don’t mind that because you don’t do it every day. It’s only when someone’s in a bind.” 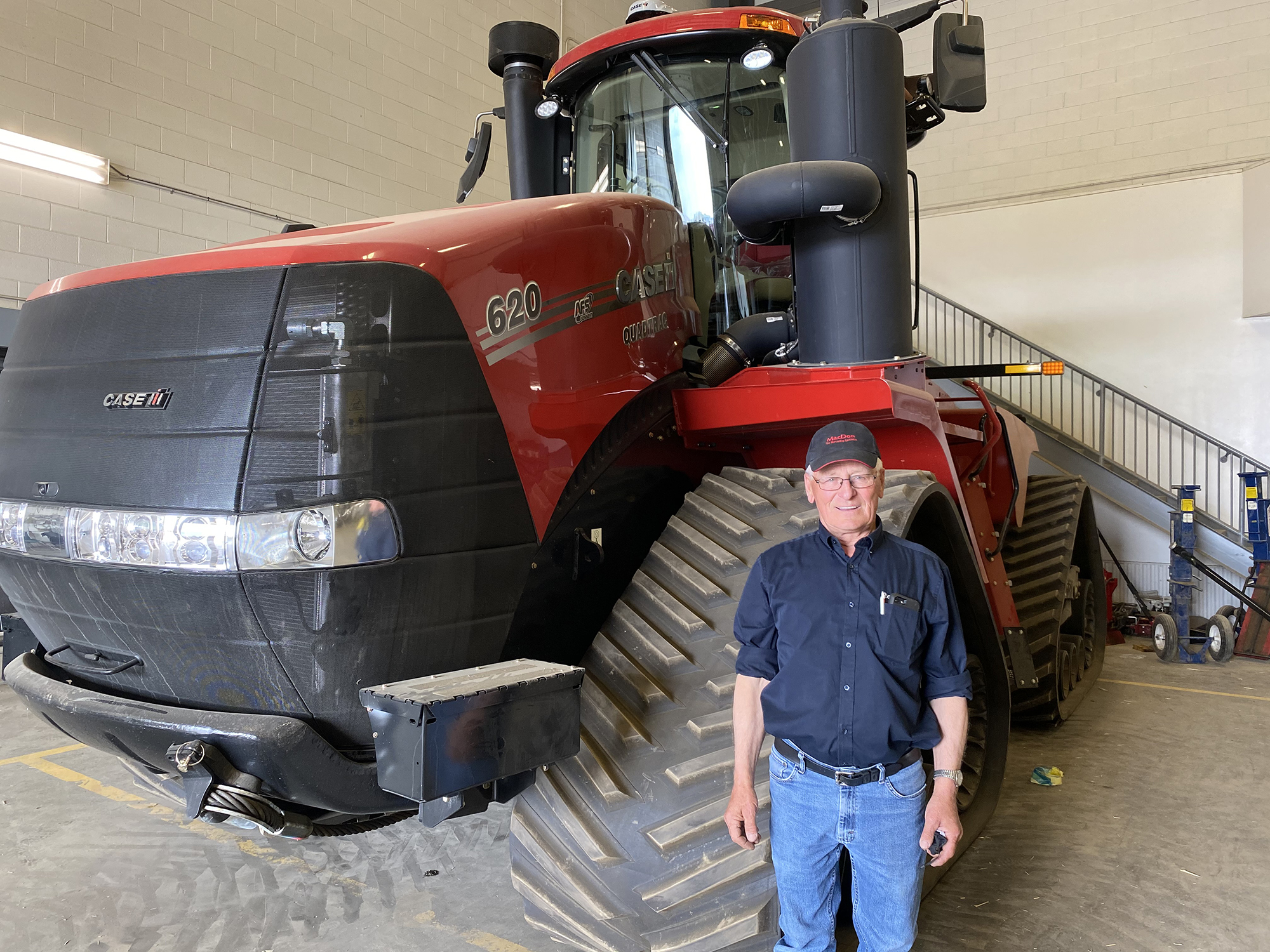 While Henry’s dedicated to the job, his family is the center of his world. Married for 47 years with two kids and four grandkids, he’s enjoyed plenty of winter vacations down south to places like Yuma, Arizona and summers fishing and camping. He adores his grandchildren who can’t get enough of sledding with Grandpa in the winter.

Looking back at his five-decade career, Henry says it feels like it started just yesterday. He said to this day he likes all his customers and enjoys what he does. These are true measures of a great career.

Congratulations Henry, your commitment to your customers and to Case IH is commendable!

Battlefords children get a chance to ‘Meet a Machine’.

"This is an opportunity for kids to get that real-life interaction with the machines."📰Read More: https://redheadequipment.ca/battlefords-children-get-a-chance-to-meet-a-machine/

Our service teams are here for you when you need us.

Bit of nostalgia today as we present @raptorent with a gift to commemorate 30 years as a loyal @vaderstad Seed Hawk customer. It has been our pleasure to serve you through the years. Thank you, and all the best in your next chapter. @VaderstadNA @RedheadEquip