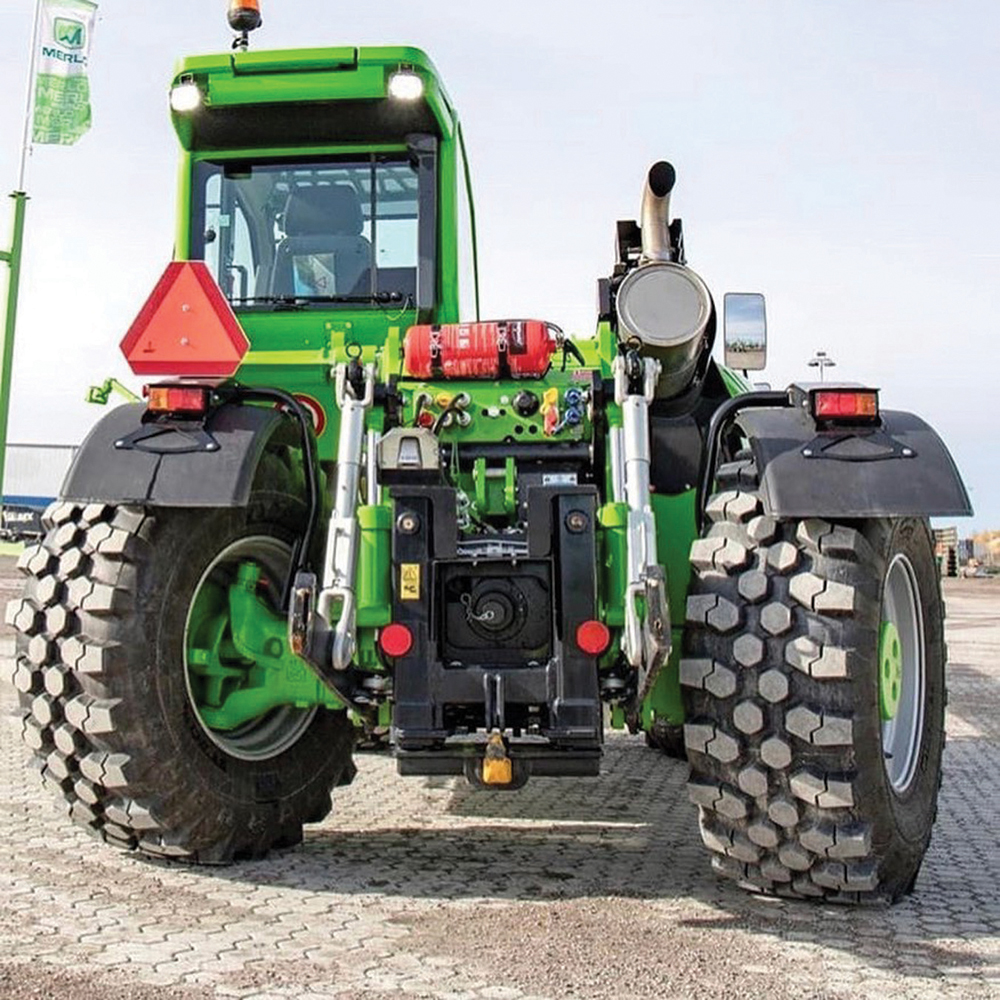 At the rear, the Multifarmer offers the same features as a standard ag tractor. photo: Merlo

Could a telehandler be a fit for your farm?

That rear PTO, auxiliary hydraulic remotes and three-point hitch make the Multifarmer a relatively unique machine. It’s a kind of hybrid blend of a conventional telehandler and regular MFWD ag tractor. The question Merlo and other brands are asking western Canadian farmers is this — is that ag tractor with front-end loader making you as efficient as you could be?

For many, the answer will be a clear “yes.” But there is a growing segment of Canadian producers who might find the telehandler as indispensable as European farmers do. The challenge for Merlo, says Smit, is making potential customers aware of what the Multifarmer can do.

“It’s hard breaking through paradigms and pre-conceived concepts of how you need to do a task,” he says. “We’re approaching farmers in a different way, educating them in the machine’s capabilities outside of stacking hay and letting them come up with ideas of how handy it is and how many applications it has on a farm.

“Guys say I don’t need to lift 9,000 pounds in the air — I don’t have anything that heavy on the farm. And we agree. But that capability allows you to move your round bale feeders 20 feet away from all your paddock fences, instead of getting out of your tractor, opening the gate, driving in and closing the gate behind you. You can boom out and drop that bale in the feeder (over the fence) without ever having to get out of the machine.” 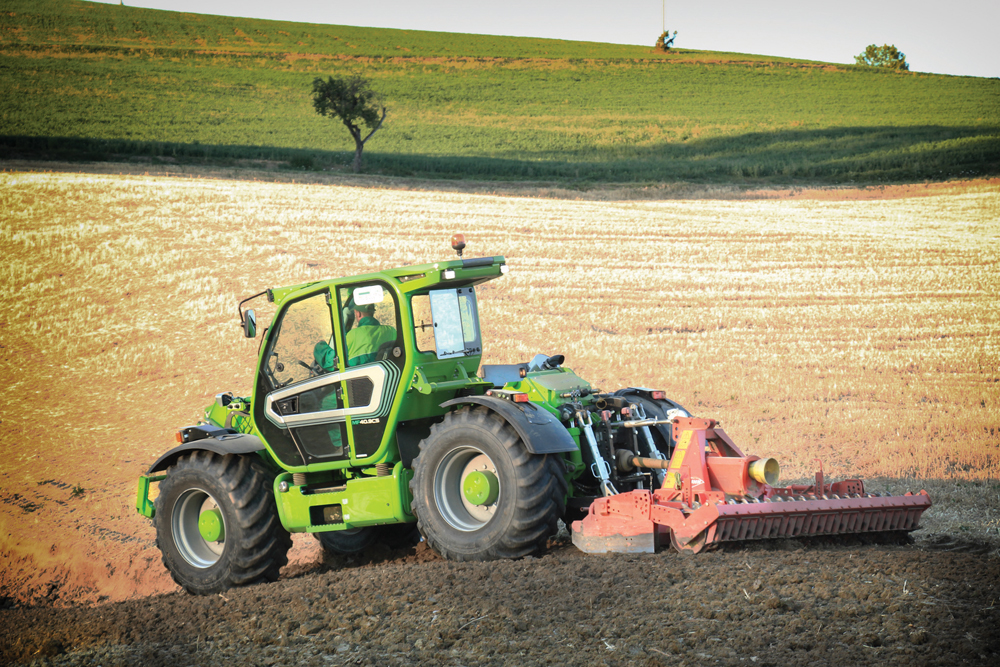 The Multifarmer can function as a mid-range field tractor as well. photo: Merlo

And the low-profile design of the Multifarmer means getting in and out of the cab is much easier, something that might appeal to an aging demographic.

“It’s only two steps to climb up (into the cab) instead of having to climb way up into a front-wheel assist tractor when all you’re trying to do is hit the PTO plunger to turn the auger on,” Smit adds. “A lot of farmers we’re selling these machines to are buying them for the compactness. They love the versatility. They can get into it with maybe a half step more than getting into their pickup truck.”

Two series in the line

And Merlo builds a wide range of other telehandler models, too. Smit has been promoting the larger 65.9 as an alternative for large-scale operators who have previously opted for light construction loaders.

“In the ag-centric world, we’ve got a new 65.9 machine,” he says. “Which is meant to attack the compact payloader market that is popular in Alberta.” 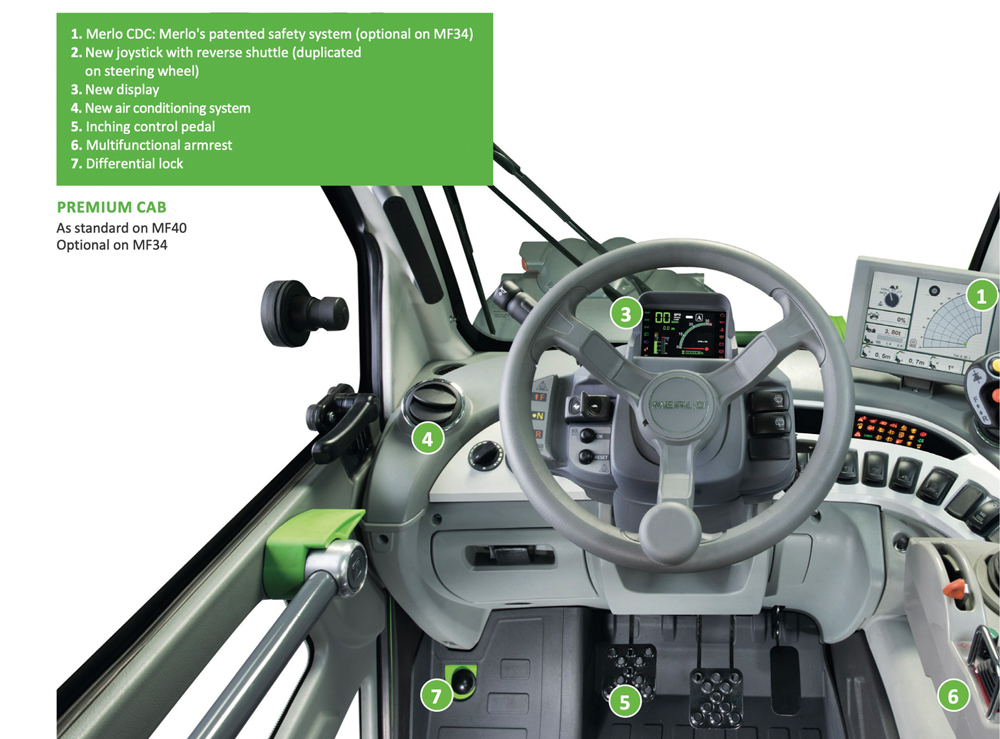 Operator comfort levels are comparable to an ag tractor, but with a lower cab access is much easier. photo: Merlo

In all, the Merlo Multifarmer line offers two series — the 34 and the 40 with two models each. Those machines give producers a choice of 3,400- or 4,000-kilogram lift capacities, which can reach from seven to nine metres at maximum height, and they offer power levels from 136 to 170 engine horsepower. To run implements, they use a load-sensing hydraulic system with up to four rear remotes that offer an ample 150 litres per minute flow rate. And a couple of four-wheel steering options make them much more maneuverable than an ag tractor.

Operator comfort is high on these machines, too, with a suspended cab to even out the ride. Maximum travel speed is 40 kilometres per hour, which makes them useful for pulling heavy wagons on the road.

Merlo is continuing to expand its dealer network in the Prairies, and it’s also in the process of setting up service locations through existing businesses to ensure there is a broad support network across the region.

Says Smit, “One thing we’re focusing on now, too, is adding service locations to the provinces where we don’t think we need a sales presence. That will really help us manage customer expectations, (providing) the things that will get you back into service quickly. We wanted to make sure we have strong credibility in the service area before we expect customers in all areas of the province to have (a machine).”

(“Growing the telehandler market in Western Canada” was used on 6/11/21 from https://www.grainews.ca/machinery/growing-the-telehandler-market-in-western-canada/)

Battlefords children get a chance to ‘Meet a Machine’.

"This is an opportunity for kids to get that real-life interaction with the machines."📰Read More: https://redheadequipment.ca/battlefords-children-get-a-chance-to-meet-a-machine/

Our service teams are here for you when you need us.

Bit of nostalgia today as we present @raptorent with a gift to commemorate 30 years as a loyal @vaderstad Seed Hawk customer. It has been our pleasure to serve you through the years. Thank you, and all the best in your next chapter. @VaderstadNA @RedheadEquip